Exodus 20:14 (The Six Commandment)
Thou shalt not commit adultery. 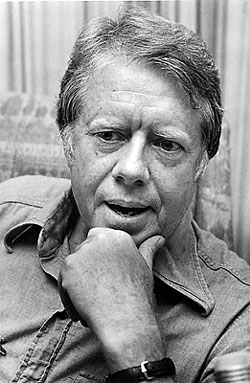 In the November 1976 Playboy issue, the presidential candidate Jimmy Carter, just before he was elected, talks openly and authentically about his Christian faith. "Because I am just human and I am tempted and Christ set some almost impossible standards for us. The Bible says, "Thou shalt not commit adultery." Christ said, I tell you that anyone who looks on a woman with lust has in his heart already committed adultery. I've looked on a lot of women with lust. I've committed adultery in my heart many times.... This is something that God recognizes, that I will do and have done, and God forgives me for it. But that doesn't mean that I condemn someone who not only looks on a woman with lust but who leaves his wife and shacks up with somebody out of wedlock. Christ says, don't consider yourself better than someone else because one guy screws a whole bunch of women while the other guy is loyal to his wife. The guy who's loyal to his wife ought not to be condescending or proud because of the relative degree of sinfulness."

Since he returned to Plains, Georgia, from Washington after losing his re-election bid to Ronald Reagan in 1980, Carter has taught Sunday school at the local Maranatha Baptist Church. Jimmy Carter publishes study Bible, discusses faith-filled life. Carter brings some serious credentials to those notes. He served just one term as Georgia governor and one term as president, but is working on his seventh decade as a Sunday school teacher. 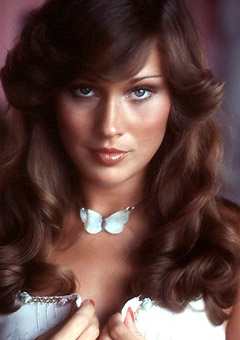 Patti McGuire was Playboy magazine's Playmate of the Month for the November 1976 issue, and the 1977 Playmate of the Year. Her pictorial spread gained notoriety as it appeared in the controversial Jimmy Carter issue of Playboy.

"Thou shalt not commit adultery." This is one of the shorter Ten Commandments and probably has the form it originally did when written, unlike the much longer commandments that were probably added to over the centuries.

The problem, naturally enough, lies with the meaning of the word "adultery". People today tend define it as any act of sexual intercourse outside of marriage or, perhaps a bit more narrowly, any act of sexual intercourse between a married person and someone who is not their spouse. That is appropriate in contemporary society but it isn’t not how the word has always been defined.

The ancient Hebrews in particular had a very restricted understanding of the concept and limited it to just sexual intercourse between a man and a woman who was either already married or at least betrothed. The marital status of the man was irrelevant. Thus, a married man was not guilty of “adultery” for having sex with an unmarried woman.

Many have argued that adultery should include lustful thoughts, lustful words, polygamy, etc. Warrant for this is justified by the words of Jesus: "You have heard that it was said by them of old time, Thou shalt not commit adultery: But I say unto you, That whosoever looketh on a woman to lust after her hath committed adultery with her already in his heart." (Matthew 5:27-28)

By Analysis of the Ten Commandments, Austin Cline, About.com